Ah, a proper tea posting. I hope you like towels and crappy camera phone pictures, because I am not a photographer and I am definitely not very good at the whole presentation thing.

I remember it well. "Black Gold Bi Luo Chun" from Yunnan Sourcing. One of several dian hongs I bought on that particular purchase, and ultimately the winner of my entire order. So much so that I not only recommended it, but straight-up bought and had it shipped to someone else so they could try it. This post is not really about that tea, but at the same time I suppose it is, because it's my frame of reference for what I actually am posting about: "Dian Hong Golden Snail Black Tea" from Teavivre, the same type of tea and the same shaping method, which I found while browsing the site during an anniversary sale. I was so excited when I saw it that I bought a huge quantity of it immediately. 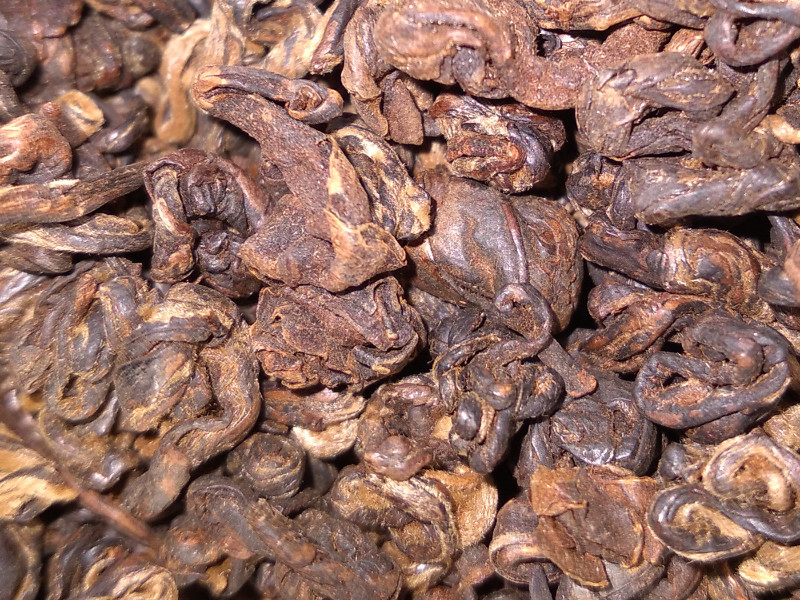 Yes, I dropped a fat stack of cash on basically a blind buy, double-blind, really, due to a bit of nostalgia. Granted, I've had dian hongs before and know I like the type of tea, so I'm sure I'd enjoy it as a dian hong... but it wasn't just about being a nice dian hong, it was about meeting up to the Black Gold I had a while back, seeing if it was a worthy substitute.

Also, yes, I'm fully aware this comparison doesn't work for anyone else, because I've not talked about Black Gold and I don't have any left to make a post about it directly. Whoops. 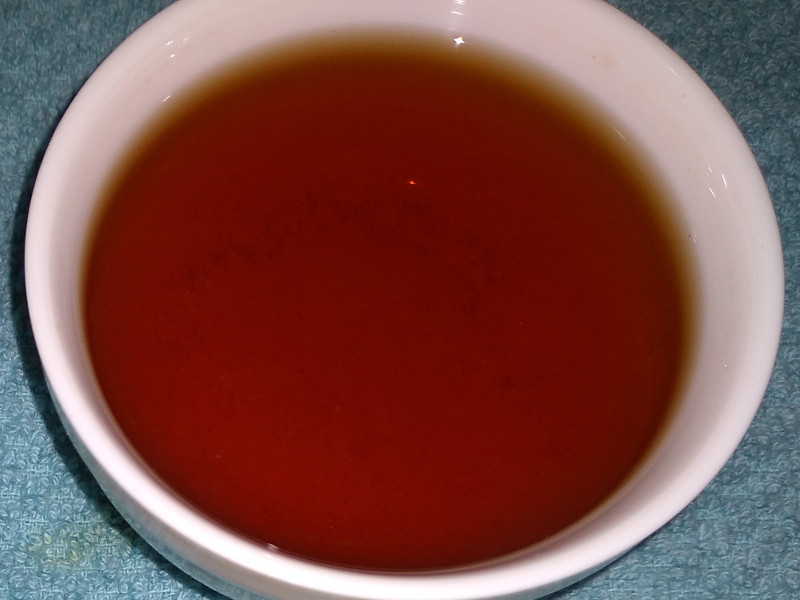 The tea liquor itself was a dark golden-brown that reminded me of baked goods... and tasted a bit like it too. Dark honey with a hit of malt behind it. Golden Snail is a very sweet tea, and I feel like I get kicks of vanilla and dark chocolate depending on how I'm sipping it. I get malt and a gentle astringency to it - this is a mellow tea and easy to slurp on.

After 3 or 4 steeps, I went and picked through the leaves. Most of Golden Snail's, uh, snails, once unfurled, seemed a bit broken-up, with a lot of what looked like leaf stem bits and furls of one solid intact leaf. I found a couple of larger boys in there, but for the most part it wasn't as intact as I remember Black Gold being - a sign of being lower-quality, maybe?

This is all fine and good as a gongfu brew, but what surprised me most about Black Gold was how effective it was brewed grandpa style - simply leaves-in-cup and topping off with hot water in an eternal brew. Of course step two would be to try it with this new tea. 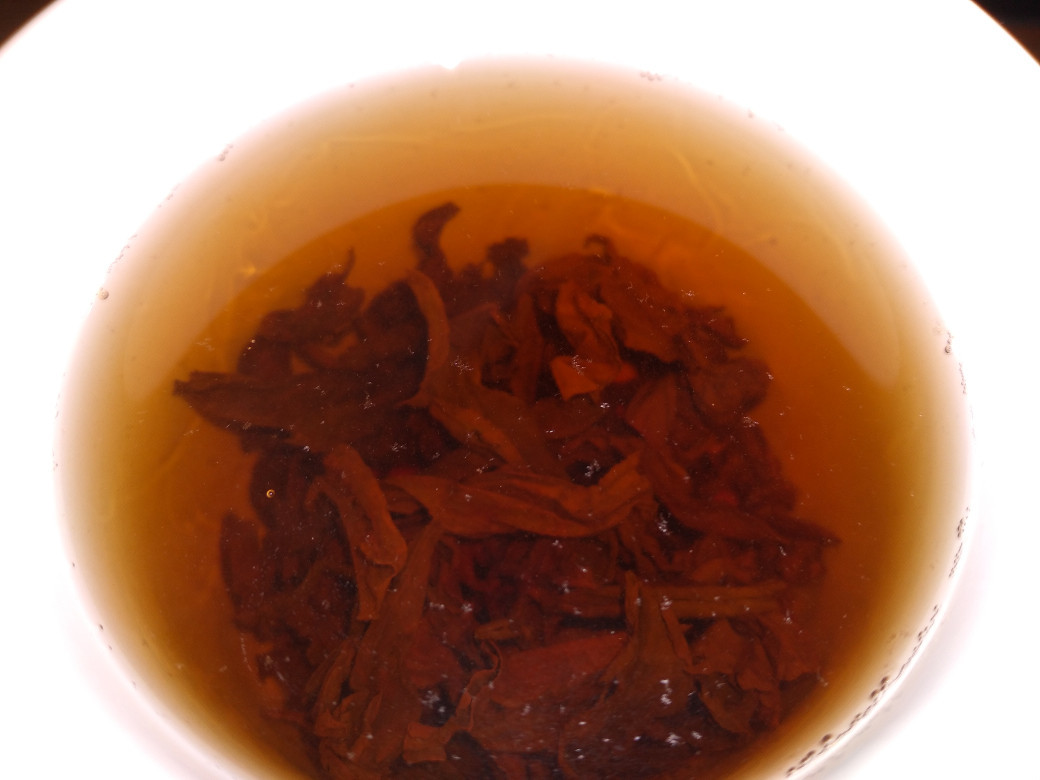 And indeed, Golden Snail passes the grandpa test handily. Golden Snail was relatively cooperative in regards to sinking at the bottom of the cup, although I still had to pick up a few floaters off the surface. It gets a little strong, or maybe I used too much leaf for my cup, but kept energy for a half hour and didn't get disgusting or unpalatable once the leaves were well and truly steeped out.

It is not the 100% perfect subsitute for Black Gold, but I suspect that's because Black Gold was a bit higher quality of a tea - Golden Snail seems to have more broken leaves in it. However, it hits the dian hong notes I love and proves to be an excellent daily drinker candidate, fully ready for lazy brewing methods and tasting great with minimal attention demands. I'm already anticipating many hearty breakfasts and morning sessions with it, and consider my all-in purchase ultimately a good one.

Previous Page
Back to Index
Next Page