I don't buy from White2Tea often. The $10 flat shipping tends to kill it for me, since even $100 in a single buy is a lot from me. Maybe if I dropped a hot $250 at once for an ultra-bulk purchase, but as it is the flat rate is a bit too heavy a percentage of the order cost for me to go for it routinely. Also, they're a little boutique and priced accordingly. They had a free shipping opportunity a couple months back, though, so of course I took that chance to get my small-ish order shipped without that barrier.

What we have here is 2018 Flapjacks. I knew I wanted to buy some shou, so I got a cake (probably to be talked about later) and also grabbed some of these to try to fill out the cart. The packaging helped convince me, the whole flapjack theme and being sold in "stacks".

In this blog post, I did two sessions separated by a large amount of time. To start with, I did a western brew approach using my glass teapot. Opening a wrapper, the dry leaf of the coin smells like cocoa. Dirty cocoa.

One 7g coin in my 350 ml glass teapot, 30 seconds for the first steep. A bit light and sweet, but feels heavy. Earthy, but subtly so. Nothing really to see here. Developing an inexplicable craving for Cinnabon, though. Looking into my teapot, I was surprised to see the coin was already fully opened up, and the leaves were loose. The leaves appear to at least be a decent size; I usually expect mini-pressings like these to not be the best material, but this looks pretty legit.

Round two, 75 seconds. Still gentle-up front, but it has a heavier texture and thicker earth and dirt aftertaste on my tongue afterwards. The drinking is very easy, and combined with the coin pressing makes for a very relaxed session. All you have to do is drop in a coin and get to brewing.

Round three I didn't keep supreme track of but probably more like 2 minutes. The texture became quite thick, but never hitting a major viscosity to it. I was reminded of dark chocolate but there wasn't major bitterness to it. The earthiness definitely felt more soil than wood. Subsequent steeps were untracked, freshingly mild and, ultimately, made for a nice casual session.

About two weeks later, I busted out another coin for a gongfu session. Using my largest gaiwan for a single coin, and a quick boiling rinse, steeping in 5 second increments. 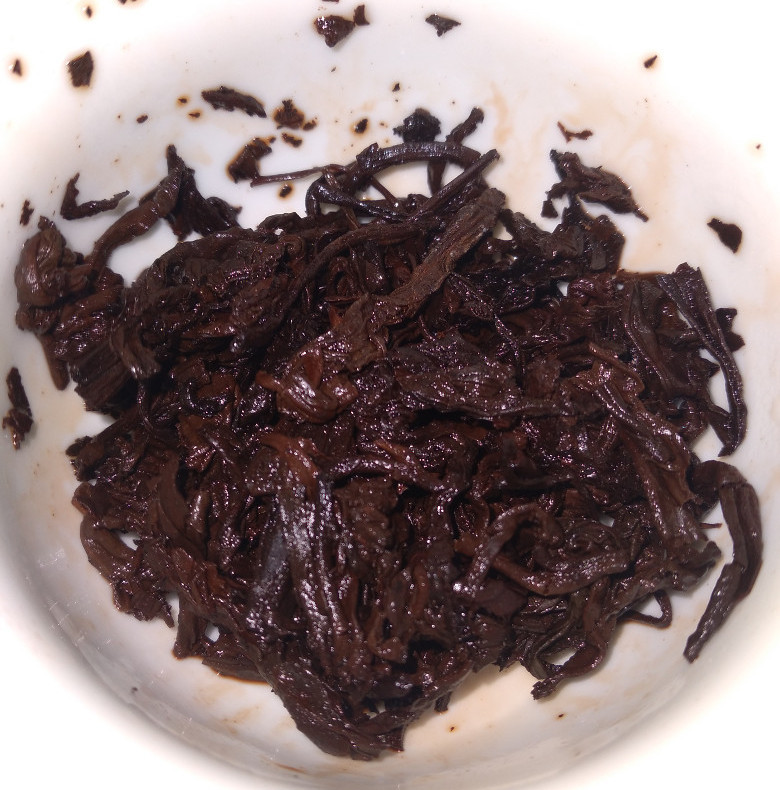 The early steeps, much like the western brewing, were light and sweet and easy to go for. In the back of my head I could see trying to introduce someone to shou with this steep, testing the waters before throwing them straight into earthy-funk. I get more cocoa bitterness, like I have cocoa powder mixed in to this... along with a mixing of dirt. It is not especially sweet. Bittersweet?

Approaching steep four, a lot of the cocoa-bitter notes are disappearing, and Flap Jacks is getting ever heavier. I had to take a quick break to have some cookies before steep five. The back of my throat feels funny, like it's coated. Probably the best steeps of the lot. 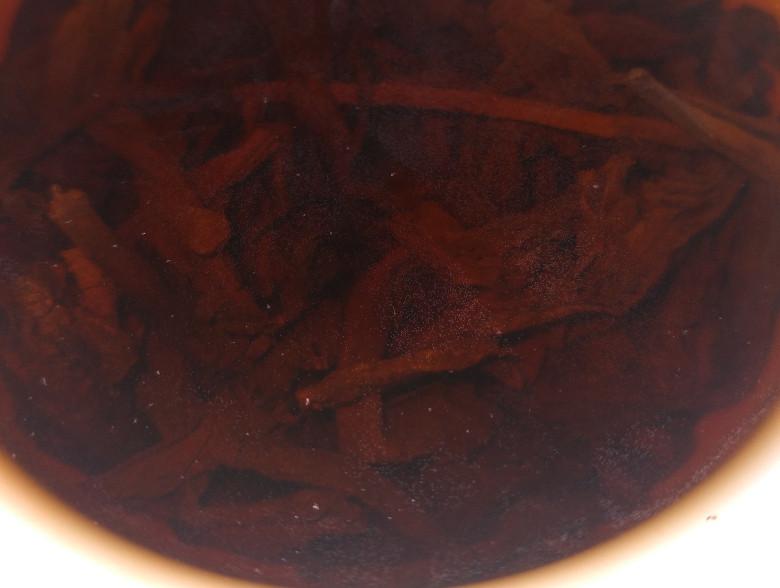 By round 9 or so, I was getting a little tired of drinking it, but I suspected the tea itself still had more life in it, so I poured in some boiling water, closed up the gaiwan, and let it simmer for a couple minutes to try and wring it out. I mostly just got sweet dirty water out of it. Think that's a wrap, folks.

2018 Flap Jacks feels like an excellent introductory shou. There's some initial bitterness to work through, more than most shous I've had, but I didn't detect any major funk and it proved easy and forgiving to brew. The fading bitterness is an informative showcase of how a tea changes throughout a session, too. The packaging's cute, the portions are already sized for you, and the price is right. Aspiring shou-tryers could look into this over buying a random cake sample, with the usual caveat that puer is too huge a world to be defined by one purchase.

Previous Page
Back to Index